The trial reported on the website on 25 January ended on 16 April, with convictions for the four accused. The court found Jacques Poujol, the former director of the meat processing company Spanghero in southwestern France, guilty and sentenced him to two years in jail and confiscated €100,000 seized at Poujol's home. Poujol will serve six months in jail and be on probation for a further 18 months. Moreover, he is prohibited from working in the meat industry for two years. Spanghero Manager, Patrice Monguillon was given a one-year suspended sentence. The two were also found guilty of tampering with the evidence.

Dutch middleman Johannes Fasen, who orchestrated the mislabelling of some 500 tonnes of meat, which in 2012-13 was sold to the ready meal manufacturer Comigel in Metz, France, was given a two-year sentence and his partner, Hendricus Windmeijer, received a one-year suspended sentence. Both men were previously convicted of similar crimes in the Netherlands in 2012. 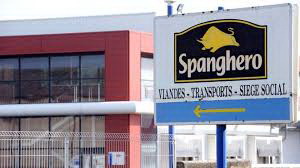