This week, four people have gone on trial in France to answer allegations they were knowingly involved in the fraud of supplying horsemeat, which subsequently went in to burgers and other meat products in 2013. During the investigation of the supply of horsemeat, it traced the source of the meat back to French supplier Spanghero and specifically a production facility in the Aude. The investigation also revealed a complex supply chain with Spanghero buying the meat from abattoirs in Romania and other countries – via a trading firm (Draap) operating in the Netherlands, but owned by firms in Cyprus and the Virgin Islands ("Draap" is "paard" backwards and Dutch for "horse"). The French prosecution claims that Spanghero knew it was buying horsemeat and deliberately changed the labelling on the shipment to hide its identity.

The French authorities claim that Spanghero sold more than 538 tonnes of mislabelled horsemeat to Tavola, a ready-meal producer in the Comigel group, and made around €500,000 from the fraud. On trial are former Spanghero director Jacques Poujol and ex-plant director Patrice Monguillon, plus Dutch meat traders Hendricus Windmeijer and Johannes Fasen. They have been charged with conspiracy to defraud and could face up to 10 years in prison plus fines of up to €1m. Fasen has previously been convicted of fraud in other countries in relation to the supply of horsemeat. 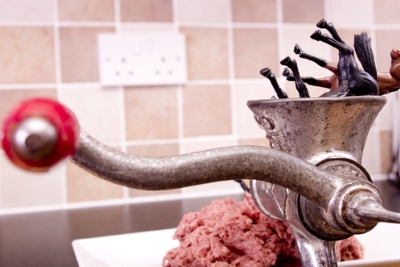