There are different types of fraud that can be found in animal products. These include addition of illegal substances like melamine to milk, the treatment of tuna with carbon monoxide, and the replacement of high-quality species with lower quality ones, or even illegal ones. An example for this can be found in the publication by Fang and Zhang [2], where the addition of murine meat to substitute mutton has been reported.

Since there are many animal species that can be used for adulteration, using a species-specific PCR is often not economically viable when the adulterant species is not known. Here, the DNA barcoding approach is the better choice to cover a much wider range of species.

In the literature, numerous publications can be found that describe different primer sets to be used for barcoding. Unfortunately, not all methods have been thoroughly validated for the species they can, and, equally important, cannot detect.

The German §64 Food and Feed Law Methods Group for Animal and Plant Speciation has developed a tool that will help scientists to quickly determine which species can be detected and which cannot with a specific set of primers.

The tool, called BaTAnS – short for Barcoding Table for Animal Species – lists relevant publications, identifies the level of validation that has been performed for a specific method (and set of primers).

Following the previous LGC e-seminars on quantitative PCR assay design and PCR assay optimisation, this e-seminar, entitled “An introduction to quantitative PCR assay validation”, will introduce the viewer to the topic of qPCR assay validation and provide best practice guidance on how to undertake the process. The information presented will equip viewers with the necessary knowledge and skills to ensure that methods are validated and fit for purpose. Key stages in the validation process are indicated, routinely employed evaluation parameters described and critical performance criteria highlighted. Links to useful resources, additional guidance and references are also provided.

Those who should consider viewing this e-seminar include individuals currently working within the foods molecular testing area, particularly representatives from UK Official Control Laboratories, industry and members of organisations associated with the UK official control network.

The production of this e-seminar was funded by Defra, FSA, FSS and BEIS under the Joint Knowledge Transfer Framework for Food Standards and Food Safety Analysis.

This e-seminar can be be viewed on LGC's YouTube channel at  https://youtu.be/grf4tZQOArM 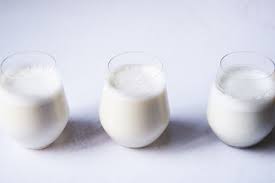 Milk has been a food involved with serious adulteration incidents in the past. In addition, where milk and milk-free products are manufactured and packed on the same lines, it is important to avoid cross contamination. With this in mind, SwissdeCode and Dutch microfluidics company DigiBio have joined together with the help of European Commission funding (€2.5m grant), and in collaboration with Vrije Universiteit Amsterdam in the Netherlands and EuroStars, an EU scheme to support new product development at small and medium sized enterprises (SMEs) to develop and produce an automated detection platform - BEAMitup. BEAMitup combines a digital microfluidics platform that slots into the production line with DNA testing to give results on milk adulteration in 30 minutes without the need of technical or laboratory personnel. 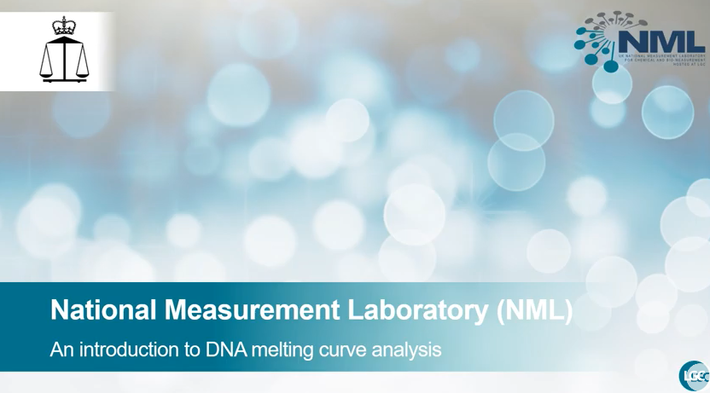 This e-seminar, entitled “An introduction to DNA melting curve analysis”, describes the principles behind, as well as best practice guidelines for the application of the post-PCR analytical method of DNA melting curve analysis. The information presented will provide the viewer with a general introduction to PCR-based DNA melting analysis as a method for food authenticity testing, and provide guidance on how to design, implement and analyse PCR DNA melting assay data. Topics covered will include the principles underpinning DNA melting analysis, designing PCR DNA melting assays, examples of PCR instruments compatible with DNA melting analysis, and guidance on troubleshooting. Those who should consider viewing this e-seminar include individuals currently working within the foods molecular testing area, particularly representatives from UK Official Control Laboratories, industry and members of organisations associated with the UK official control network.

The production of this e-seminar was funded by Defra, FSA, FSS and BEIS under the Joint Knowledge Transfer Framework for Food Standards and Food Safety Analysis.

Read more…
Peer review publications on novel methods to identify adulterants in spices highlight role GC plays in protecting the food chain
Read more…
LGC has published the first in a series of e-seminars on best practice in real-time PCR for food authenticity testing. The series of e-seminars, viewable online, has been designed to disseminate best measurement practice guidance on the application of DNA-based methods for food authenticity testing. The seminar, produced by LGC with funding from Defra, can be viewed here, on the Food Authenticity Website, by viewing the complete article.
Read more…
LGC is inviting laboratories to paticipate in an FSA-funded collaboratove study of a method for quantitation of horse DNA. The aim is to propose the method, based on an LGC/DEFRA SOP, as an international standard. Invitations are invited by 28th October.
Read more…