Two Long Island, New York, companies and their owners have pleaded guilty to mislabelling giant squid from Peru as octopus, which commands a higher retail price than squid. From 2011 to 2014, the defendants imported, processed, marketed, sold, and distributed over 51,000 kg of squid worth US $1.1 million that they had falsely labelled as octopus. The defendants admitted to defrauding over ten grocery stores that in turn sold the seafood product to consumers. The defendants await their sentencing. 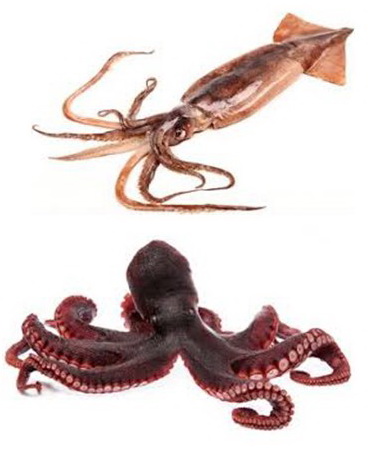