IBM has developed "Hypertaste" which is based on special electrochemical sensors, and instead of identifying individual components of a liquid food uses combinational sensing to give a holistic signal or fingerprint of the liquid sample, akin to human sensing of taste or aroma. The sensors are comprised of a pair of electrodes covered in a special polymer coating developed at IBM's laboratories in Zurich. The fingerprint obtained from the sensors is transferred to a mobile device such as a smart phone, where it can be downloaded  to a cloud server which will use trained machine learning algorithms (artificial intelligence) to compare the fingerprint to a database of known authentic liquids. 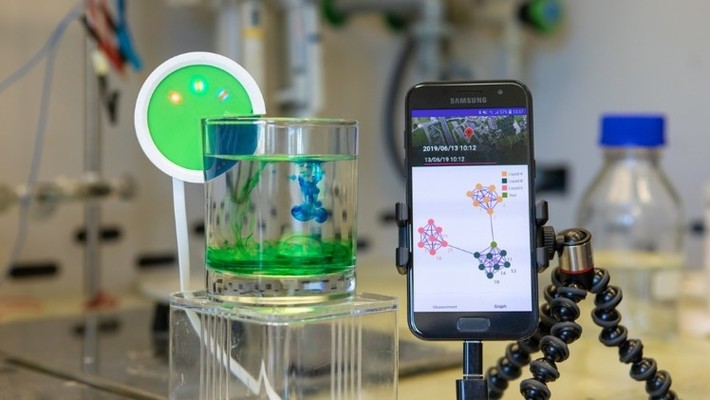 Read the full article here or IBM's own news release