Kona coffee is regarded as a high value coffee. Hawaiin farmers in the Kona District produce just over 1.2 million kg of coffee beans each year, yet they have estimated that around 9 million kg of coffee beans are sold under the name "Kona". Hence the farmers have launched a lawsuit against some of largest retailers and producers in the country, which pack and sell 19 brands of Kona coffee. The farmers are accusing these companies of selling coffee with a “false designation of origin,” labelling the coffee as Kona despite containing little to no Kona beans at all. Modern isotopic techniques have been applied to confirm coffee origin in the Kona District. Blends of Kona coffee are also common. There is a law in the Kona District that requires that the name Kona can only be used if there is a minimum of 10% Kona coffee in the blend, and the percentage of Kona is declared. Although this law does not apply in other parts of the country, labelling of blends should not be misleading as to the coffee content. There is also another lawsuit filed on behalf of the consumers who have been missold Kona coffee. 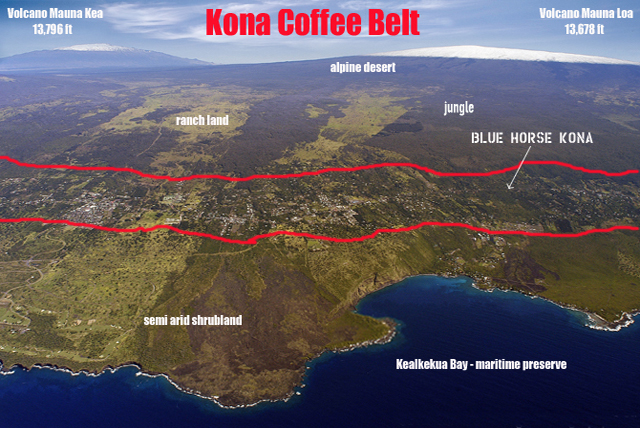