Dutch RTL News broadcaster have analysed reports from both Government inspectors and Organic inspectors published between 2015 and 2018. These show some 68 companies selling food labelled as organic, which does not meet the required standards. Of these, 10 companies are thought to have committed quite serious fraud offences. Only one of these cases is being looked at by the Public Prosecution Department. RTL News reported in May, that hundreds of products are being sold in Dutch shops as organic, but which actually come from farms which have broken the rules on animal welfare, the use of medicines and the environment. Calls from farmers for a 'get-tough approach' from government inspectors are likely to go unheard and a spokesman for the NVWA (Netherlands Food and Consumer Product Safety Authority) told RTL that it does not have enough staff to tackle all the fraud involving organic food. Priority, therefore, is given to cases which have implications for food safety. 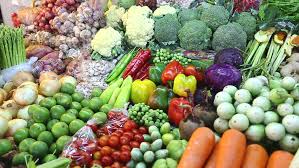