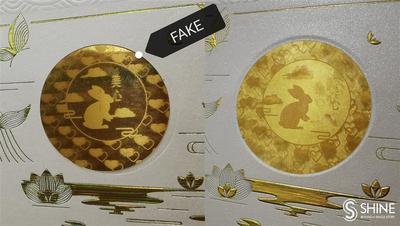 Mooncakes are a traditional Chinese bakery product eaten during the moon watching Autumn Festival. Chinese police have arrested 40 people suspected of producing and selling fake mooncakes of a well known Hong Kong brand. The investigation started when it was discovered that this brand of mooncakes were being sold 50-70% cheaper on-line. This eventually led them to a production line in Zhangzhou, which employed 100 people producing the fake mooncakes 24/7, where over 12,000 boxes of the fakes were seized. Police said the authentic counterparts of the seized mooncakes are worth over 30 million yuan (US$4.4 million). The investigation is still on-going.